This document describes the concepts, use cases, core strengths, and the architecture of Chaos Mesh.

Chaos Mesh is an open source cloud-native Chaos Engineering platform. It offers various types of fault simulation and has an enormous capability to orchestrate fault scenarios. Using Chaos Mesh, you can conveniently simulate various abnormalities that might occur in reality during the development, testing, and production environments and find potential problems in the system. To lower the threshold for a Chaos Engineering project, Chaos Mesh provides you with a visualization operation. You can easily design your Chaos scenarios on the Web UI and monitor the status of Chaos experiments. 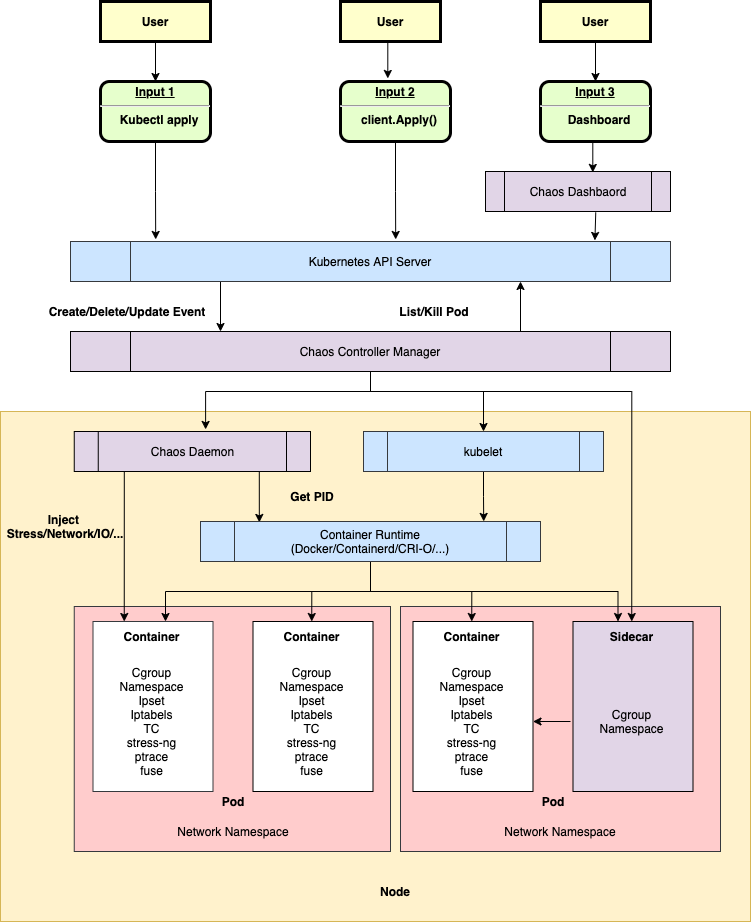 As shown in the above image, the overall architecture of Chaos Mesh can be divided into three parts from top to bottom: